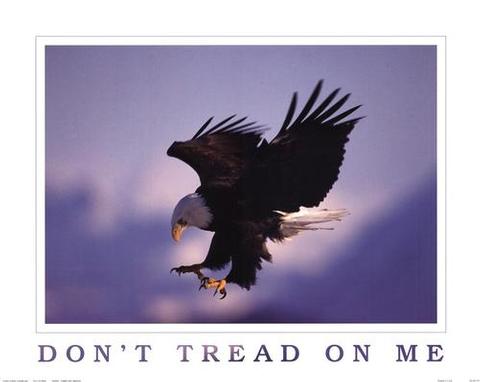 Full credit goes to Baldilocks at https://baldilocks-talking.blogspot.com/2020/04/the-illegal-andor-unconstitutional.html this is an exhaustive list done by a researcher unknown to me and Baldilocks is slowly adding links to each item as she finds them, or as her readers request.  This is vital information, folks.  It’s the real history of the most damaging administration in US history to our rights and liberties.
Donations can be made over there.  This certainly worth a cup of coffee or more!

1. The Obama Department of Labor abolished its rules requiring transparency in regard to spending by unions after it became apparent that the rules were too effective in exposing fraud.

2. In the government bailout of the auto industry, Obama illegally put union members ahead of secured creditors with absolute priority; doing so violated bankruptcy law and the Constitution’s Takings and Due Process Clauses.

3. In firing Inspector General (IG) of the Corporation for National and Community Service (CNCS) Gerald Walpin after Walpin found misuse of federal grants by Kevin Johnson and the St. HOPE Academy, Obama broke a law that he as a senator sponsored; the law requires that the president inform Congress of specific reasons why an IG is removed.

4. The Obama Car Czars illegally shut down 2200 car dealerships as part of the government restructuring of Chrysler and GM; as a result, over 120,000 Americans lost their jobs.

7. Obama administration officials illegally met with lobbyists at coffee houses near the White House in order to avoid the disclosure requirements for White House visitors.

8. The Obama Department of Justice stopped a probe into political ally Bill Richardson, who was being investigated by a federal grand jury for pay-to-play allegations; “It was killed in Washington,” an anonymous source told the Associated Press.

10. Obama used an unconstitutional recess appointment to make Richard Cordray director of the Consumer Financial Protection Bureau (CFPB) while the Senate was still in session.

11. Obama illegally ordered the EPA to impose the Clean Power Plan after the Senate rejected it; the plan required states to reduce their carbon dioxide emissions, even though neither Obama nor the EPA had the authority to make such sweeping changes.

12. Obama crafted an illegal clandestine deal with the pharmaceutical industry in order to get ObamaCare passed.

13. The Obama IRS illegally provided tax credits and subsidies through federal health exchanges set up by the Department of Health and Human Services; because the law made no provision for IRS involvement, the IRS illegally granted itself the authority to spend $800 billion over 10 years on benefits not authorized by Congress.

16. Obama illegally offered positions in the Executive Branch to Democratic senatorial candidate Joe Sestak to keep him from running against Arlen Specter.

17. The Obama administration thwarted Inspector General (IG) investigations into Amtrak, the EPA, the Troubled Asset Relief Program, and the Office of Management and Budget (OMB); Obama Attorneys General Eric Holder and Loretta Lynch ignored the findings of dozens of IGs.

18. Obama Secretary of Health and Human Services (HHS) Kathleen Sebelius threatened to put out of business insurance companies that informed their clients of the impact of ObamaCare.

21. The Obama Department of Justice illegally stopped enforcing the Defense of Marriage Act.

24. The Obama Department of the Interior routinely ignored court orders and was found in contempt multiple times.

25. The Obama Treasury Department saved the pensions of unionized GM workers while allowing non-unionized workers’ pensions to default; the same was done in regard to the pension plans of parts manufacturer Delphi.

26. The Obama White House hid a program that paid union workers taxpayer money to lobby the government for more unions.

27. The Obama Department of Homeland Security ordered Immigration and Customs Enforcement (ICE) to enforce the DREAM Act even though the bill was defeated in Congress multiple times.

30. ObamaCare illegally immunized the Independent Payment Advisory Board from lawsuits resulting from the way its decisions impacted patients.

32. The Obama administration subsidized “green” companies run by donors and campaign supporters; when the companies went bankrupt, their executives collected hundreds of millions of dollars in golden parachutes.

35. The Obama Bureau of Alcohol, Tobacco, Firearms, and Explosives (ATF) designed its illegal gun-walking Operation Fast and Furious to bolster a push for tighter gun control in the US.

37. The Obama Federal Communications Commission (FCC) ignored Congress and a court order to illegally impose new regulations on the Internet.

38. The U.S. Office of Special Counsel determined that Obama Health and Human Services (HHS) Secretary Kathleen Sebelius violated the Hatch Act by campaigning for Obama while traveling on official business; federal employees are required to be terminated for this violation, but Obama ignored the law.

39. Obama illegally offered waivers to provisions of the national education law No Child Left Behind.

40. The Obama National Labor Relations Board (NLRB) illegally sued aircraft manufacturer Boeing for trying to open a plant in the right-to-work state of South Carolina.

42. The Obama EPA illegally and unconstitutionally declared that its decisions would be based on “environmental justice,” which resulted in certain types of pollution being labeled racist.

43. The Obama Office of Surface Mining Reclamation and Enforcement instructed companies to lie about job losses caused by new regulations on coal.

45. The Obama Treasury Department illegally created new rules that made it harder for companies to set up in countries with low tax rates.

46. After Congress banned funding of ACORN, Obama gave $445.6 million to the Illinois Housing Development Authority, run by Joe McGavin, who was at the time still Chicago Operations Manager of the renamed ACORN Housing.

47. In order to enact new climate-change rules, the EPA illegally declared that carbon dioxide is a pollutant.

48. Romney donor Frank L. VanderSloot was publicly named by the Obama campaign Website, and he was audited by the IRS and the Department of Labor for the only time in his life, costing him $80,000 in legal fees.

49. The Obama Consumer Product Safety Commission illegally banned a toy called Buckyballs in a “recall prior to injury,” requiring ZenMagnets to fight a six-year court battle to regain the right to manufacture its product again.

50. Obama political appointees at the Department of Justice vacated a case against the Black Panthers after the department had won.

NEXT: The Illegal and/or Unconstitutional Actions of President Barack Obama, Part 2

Today, I’m hoping to make a face mask or two, to see how it goes.  I have an abundance of fabric I can use, and very little elastic, so I’m hoping to design a mask that will loop over the ear without needing elastic.

I realize the order to wear these is not mandatory and while I have some coming by delivery by tomorrow, my homemade ones will probably be more comfortable and perhaps even fashionable.  I have an abundance of fabric.  Did I already say that?  Some flowers, some stripes, who know what’s in that trunk!

I have had to restore many times, and lost most of my posts because I had changed hosting companies, and my backups were too old to use, as the site had been updated too many times.

This new update, to 5.4 killed everything there.  The only thing I could redo was an old story I’d written about an incident in my past I wanted to remember.  Or shall I say, I hoped others would remember.  Dare I?

Now, prompted to update this site, the answer is just NO.