I’ve been stuck with Facebook for a long time, because they regurgitate last years, and other earlier years memories for me every day, and I’m addicted to seeing those.  Sometimes, it is family members, sometimes historical events I’d forgotten in the face of this COVID-19 onslaught that has the attention of all media in the country.  On Facebook, I have many friends, although most are not leftist/liberal.  They all sort of blocked me.

So, some time ago, I decided to check for other online sites I might like.  Of course, I’ll still log onto Freerepublic.com   but I also discovered Parler.  Not always something there that interest me, and I usually don’t stay long.  It seems to be a place people fleeing Facebook went for a less censored conversation.  Now Parler has an app for easier access on my phone and ipad, and it looks nice.

Then there’s Gab which I like the layout of, but don’t seem to spend much time there, either.  Might be because I’ve not got “friends” there, but who knows, maybe I do.

And then there’s Social.Quodverum  which has several of the people I sometimes follow on Twitter, and sometimes they do threads there.  I sometimes get annoyed if they get too arrogant sounding, like only the cream of the intelligentsia can comment there.  But, good stuff, often anyway.  Gab is actually using essentially the same software base, mastadon, but it has a nicer interface.

Of all of these, Freerepublic is still my favorite, but my family doesn’t hang there.  They hang at Facebook.  And I love my family.  So, I just mostly stick with these two.  Your results may vary.  Give them a try, if you like.

Holy Smokes, I almost forgot MeWe!  Probably because I haven’t bothered to log on there for quite some time.  MeWe actually has a nice look and feel to it, but I just don’t have a bunch of friends there.

And then there’s IDWCommunity.  I like this one quite a bit.  I get a daily digest of interesting things….. sometimes it actually tempts me to log in and comment, or even actually post something someone might find interesting.  I like the daily digest idea.  Wish others would pick up on it.  Or maybe they do and I just don’t know about it. 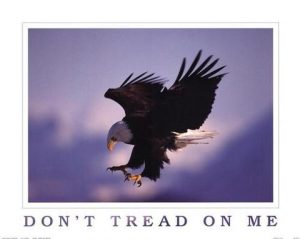