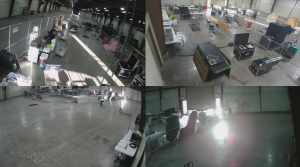 Now that the building has been emptied of pallets and machines, and the online cameras shut down, the auditors in Maricopa County will continue their computer analysis and work on their report will continue.  Awaiting the County’s response to the latest round of subpoenas will hold up the final writing, and Ken Bennett has been reinstated as the Senate Liaison, and will have a say in how that report is done.

Coming also in August is the Mike Lindell Cyber Symposium and the release of the PCAPS he’s acquired.  I’ve no idea where he got them.  Can’t wait to see and hear what his experts have to say about them.  Wonder also, if they show whether or not internet traffic was picked up from Maricopa County to wherever else data might have gone, and whether or not data was also received at any of the mac addresses of the tabulation machines that were in the county’s possession after the November 3, 2020 election.

Seems obvious that there were lots of others on the ballots whose right to hold the office they hold may well be questioned after these reports are finally released.  While many grow impatient, and argue over piddling things, like claims that the machine counts could be compromised by humans having written down the counts, I’ll have to point out that there were counting teams of at least three people.  So, it’s unlikely any one person could so deliberately screw up the numbers.

Katie Hobbs thinks she’s going to be Governor.  We shall see about that after all her offensive remarks about this audit.