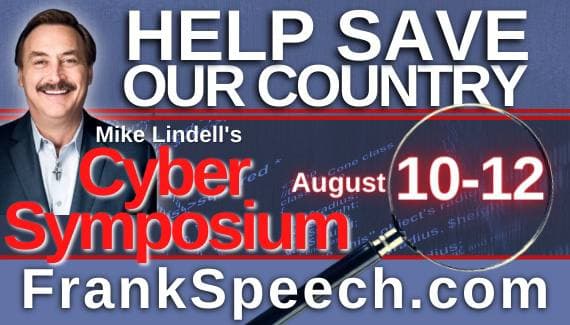 So, here’s a guy who believes in our nation, who believes in his heart that we’ve been wronged grievously, that the Chinese Communist Party stole the election, and that cyber warfare was used to actually change the vote count in many places, but mostly in the swing states where folks are already raising hell and demanding audits.  Here’s a guy who has put his business and his personal wealth on the line, literally put his money where his mouth is, and is putting up $5 million dollars as a challenge to anyone to come prove he’s wrong.

I am so with him.  Total respect.  Love the guy.  A total salesman, talks tons, and maybe overtalks, but I believe he’s a patriot like none other.  And I’ll be watching, and recording portions, and glued to the set for the next three days, except when I go work out which this old body must do or freeze up entirely.

I know media will not be kind.  I know they will attack from every angle imaginable.  But I’ve long ago quit believing much of what they say anyway, as their bias shows in every single so-called news article by insertion of such adjectives as false, misleading, unsubstantiated, etc.

Mike has been sued by Dominion.  Media and retail establishments have taken their “orders” from the leftists, and withdrew from selling MyPillow products.  Mike sued Dominion right back.

I don’t know where he got the PCAPS, and his sources better be impeccable.  But I firmly believe that those in power now are illegitimate and should be called upon to prove they won.  Audits across many states should do the work of providing proof, and courts should quit this lunatic notion that the voters have no standing.

The Cyber Symposium will have the prayers of millions working for it, and mine included.  Mike Lindell just could be on a mission from God.  Many of us believe he is.  God Bless you, Mike Lindell.  Win or lose, you’ve got friends the country over and MyPillow will continue on anyway.

Oh, and CodeMonkeyZ has more of his whistleblower stuff to release AFTER the Cyber Symposium.  Can’t wait for that.  Here’s what he’s released so far.  And understand this is proof not only that these machines connect to the internet, but that with PIX set, they can actually boot from the internet, meaning others can access them without any person on site doing anything, if they are so set up.  With so many machines it’s only necessary for a few in each spot to be messed with, and full control of the count can be handled from afar.