A lament. Not a judgement of anyone. But it’s no wonder people are confused.
When I was growing up, it was normal for the young to fall in love, marry young, raise a family and stay married “until death us do part.” It wasn’t easy sex with anyone you felt a moment of attraction toward, like scratching an itch, and saying “bye” in the morning.
It was “making love” and it was saved for that special person you wanted to have children with, to swear an oath to love, honor and cherish for the rest of your life.
Abortions occurred, sure, but they were private, seldom even whispered about.
Now, those old fashioned family values, are sneered about by many, who see sex merely as an itch they must scratch, nothing more than a bodily function. Witness TV shows these day, and for some time, have main stars jumping into bed after one kiss, and the character is gone in no time. Nobody thinks anything of it.
Frankly, don’t see how one can do that and maintain any self esteem or self respect. It meant a whole lot to me. Can’t imagine it has no special value to folks these days.
So, what’s so special about that now?
Most people of honor were bound by and kept their word. Family was practically sacrosanct! We took care of each other.
All that has been replaced by a huge INDUSTRY that profits by killing babies, eliminating the natural consequences of “scratching that itch” and that industry even thinks taxpayers should subsidize their evil deeds.
So, our society has degraded love, degraded marriage, degraded family, and it’s hard to find a man who feels bound by his word.
People are rightly afraid of the opposite gender, unsure of what love is, don’t trust anyone to be faithful to their own word, and afraid to reproduce altogether. Many call themselves gay or transgender and some, I suspect, to avoid the issue altogether.
Seems to me the left only wants individual freedom when it’s a sexual issue. They don’t care about freedom of speech or your right to own firearms.
They want to control what you think and what you can say. They want collectivism of everything else. Media and entertainment celebrate all things sexual to extremes even encouraging behaviors once thought perverted and even encouraging transgenderism.
I wonder if all those people out there thinking they want to come to America know what it’s become.
So, this meme comes to mind AGAIN! 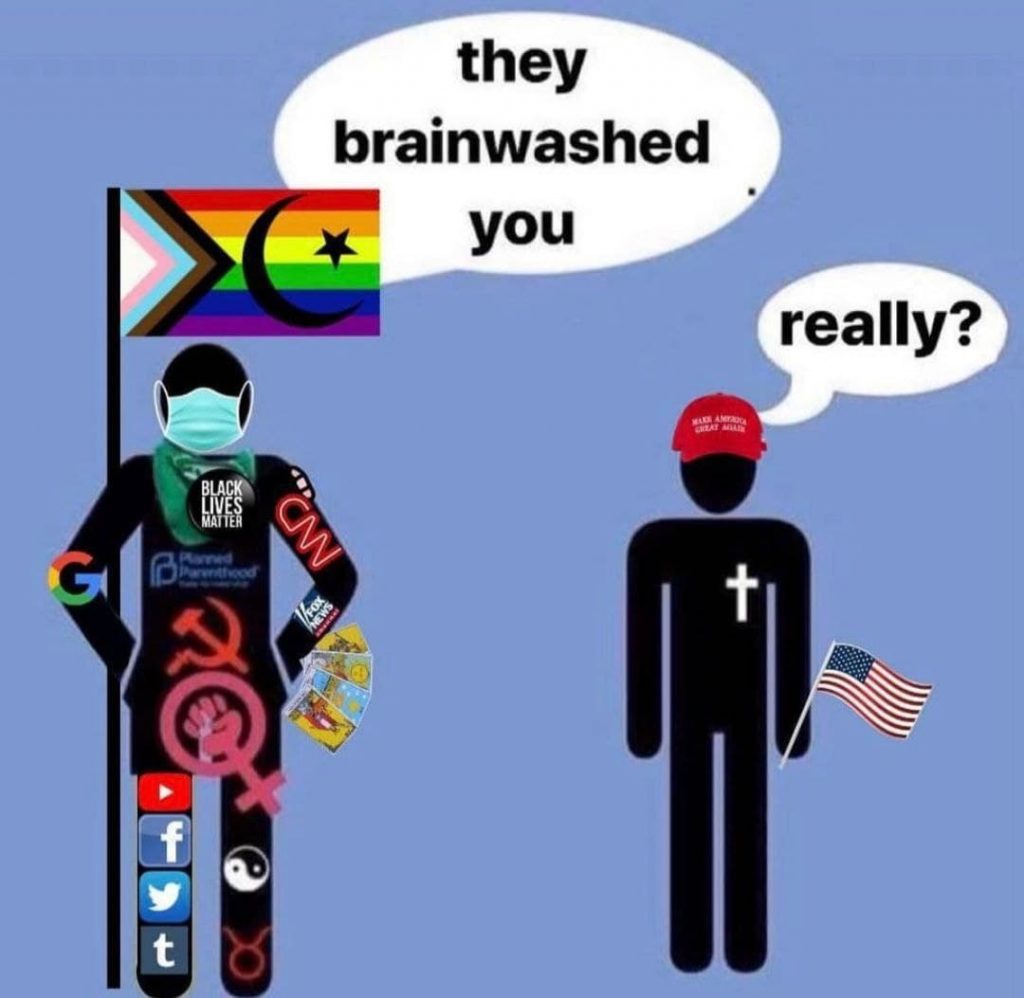