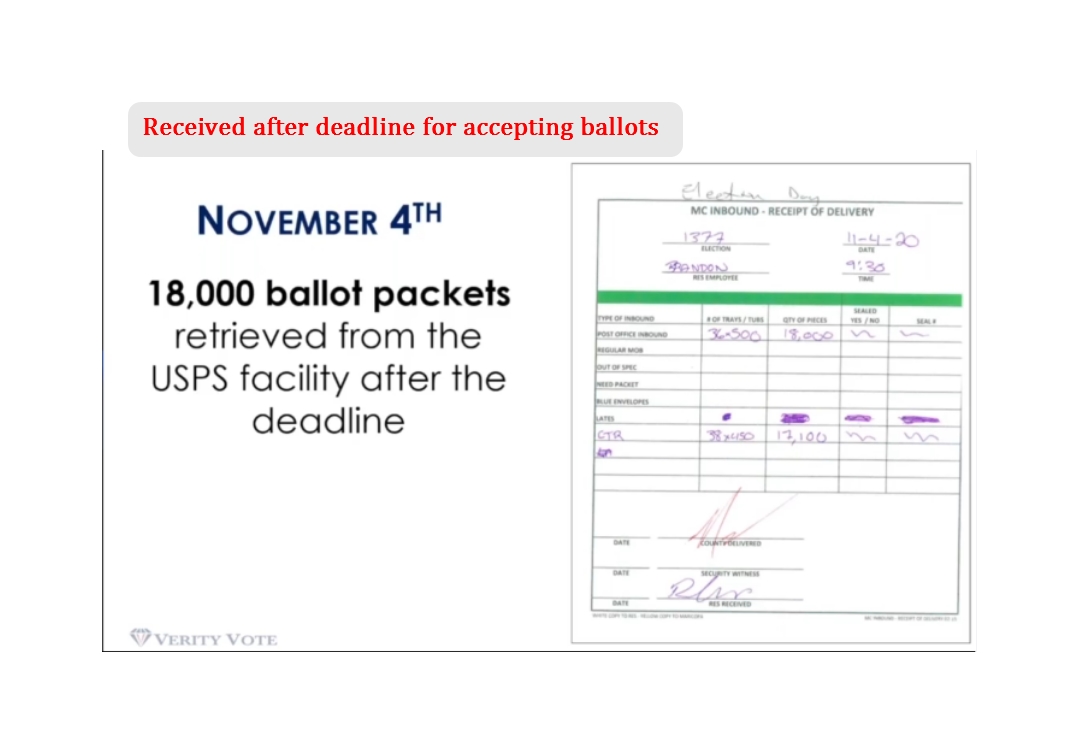 Here we have the record of the election official receipt of the USPS delivered late arrivals after the deadline. The deadline for ballots to be counted was 7PM on November 3, election day proper. Clearly, this shows November 4. And that’s one heck of a lot of ballots arriving late. Hmmmm. 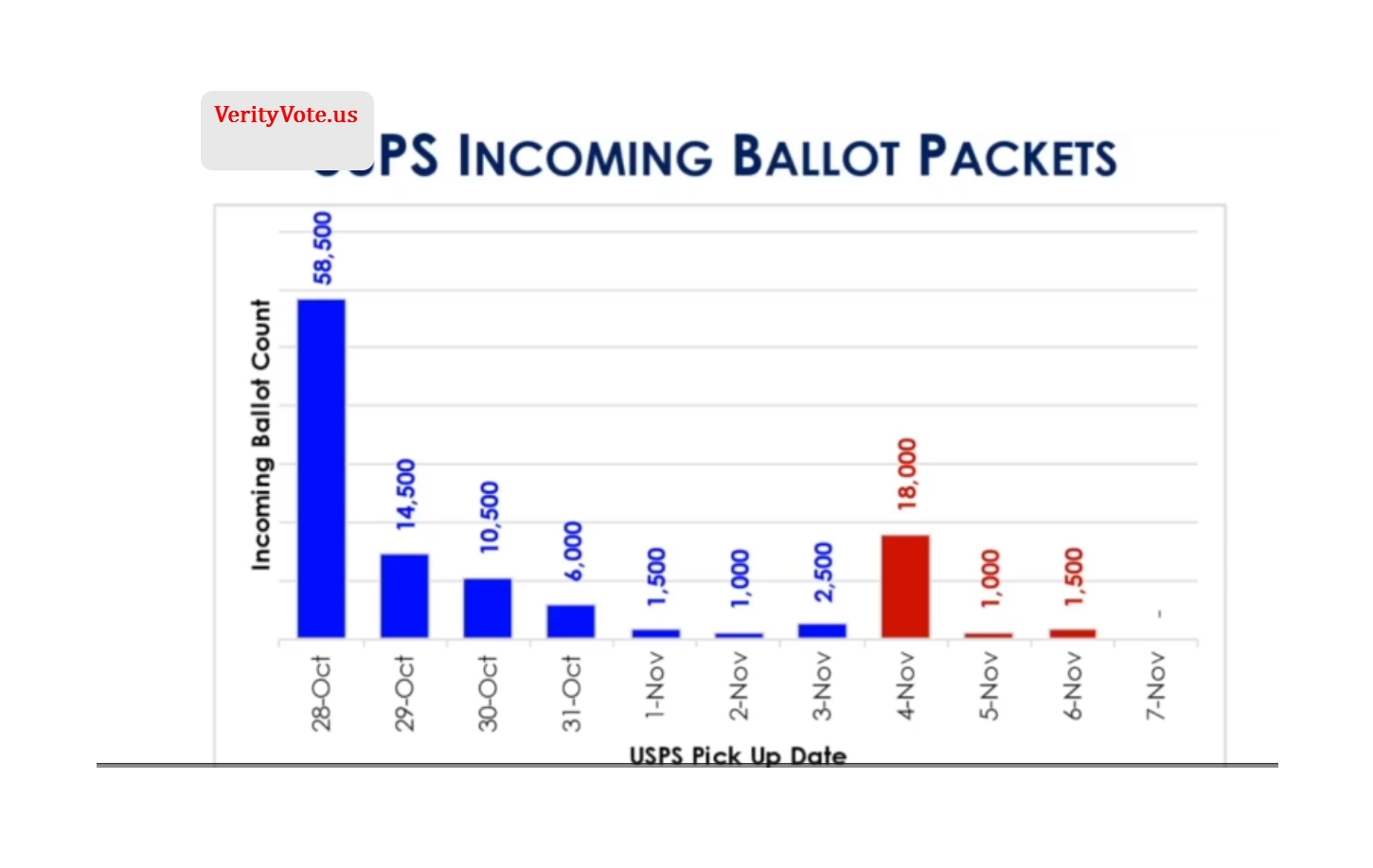 Here we have a chart showing approximate numbers of ballots arriving from USPS and clearly showing late arrivals. These are approximate numbers because they estimate how many are in a bin. So, surely the USPS would have imaging files saved of all these ballots going through the system, right? For six years? Uhn, Nope! Not in 2020! They stopped saving the imaging files for more than a month, and then started again, in early 2021. How damn convenient, when they didn’t want all the ballot movements recorded for posterity, or auditors to track. 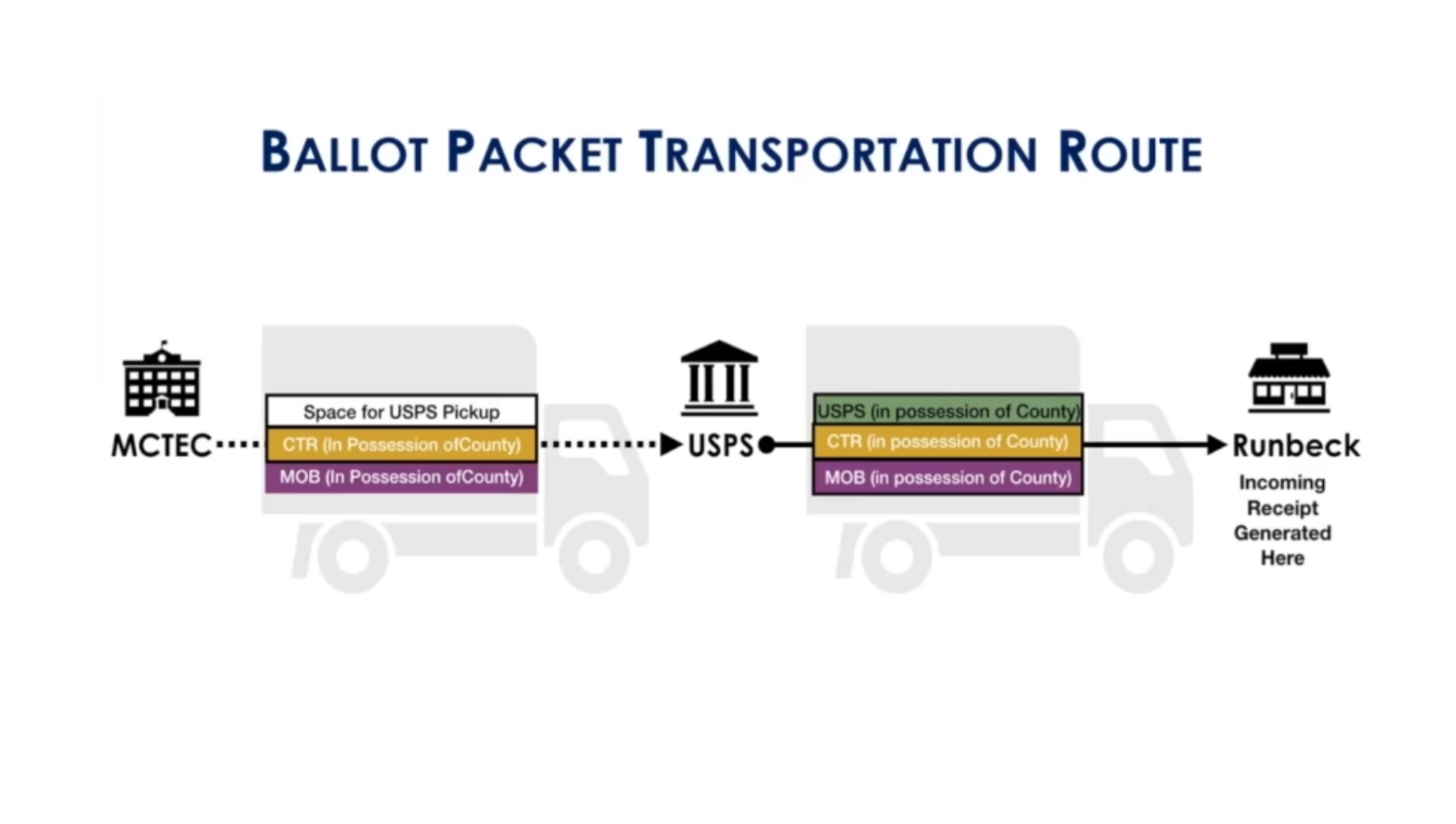 Here, we demonstrate that election officials from MCTEC made regular deliveries of ballots from early voting places, and ballot boxes, stopping at USPS to pick up more, (HUH?) and then taking them to Runbeck, where they were supposedly opened? Weird, I’d say!
No wonder Runbeck was off limits! 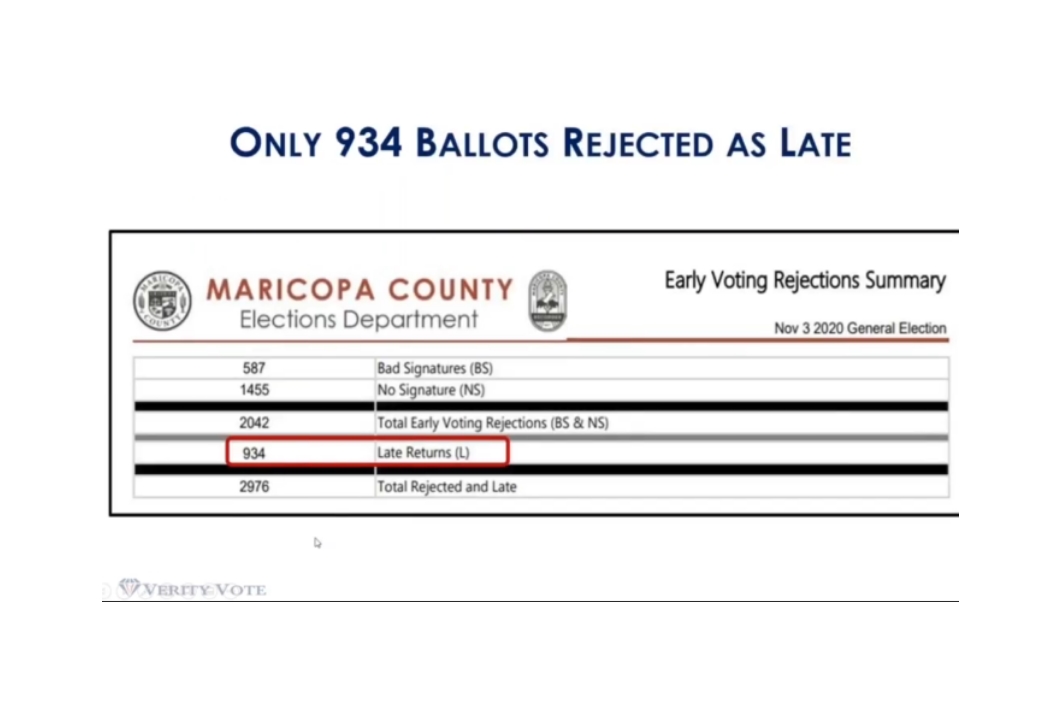 Here, we show the county officials reporting on how many late ballots were rejected.
Really???? So, all the rest were counted as valid and on time???? Yet documented evidence says otherwise. Hmmm. 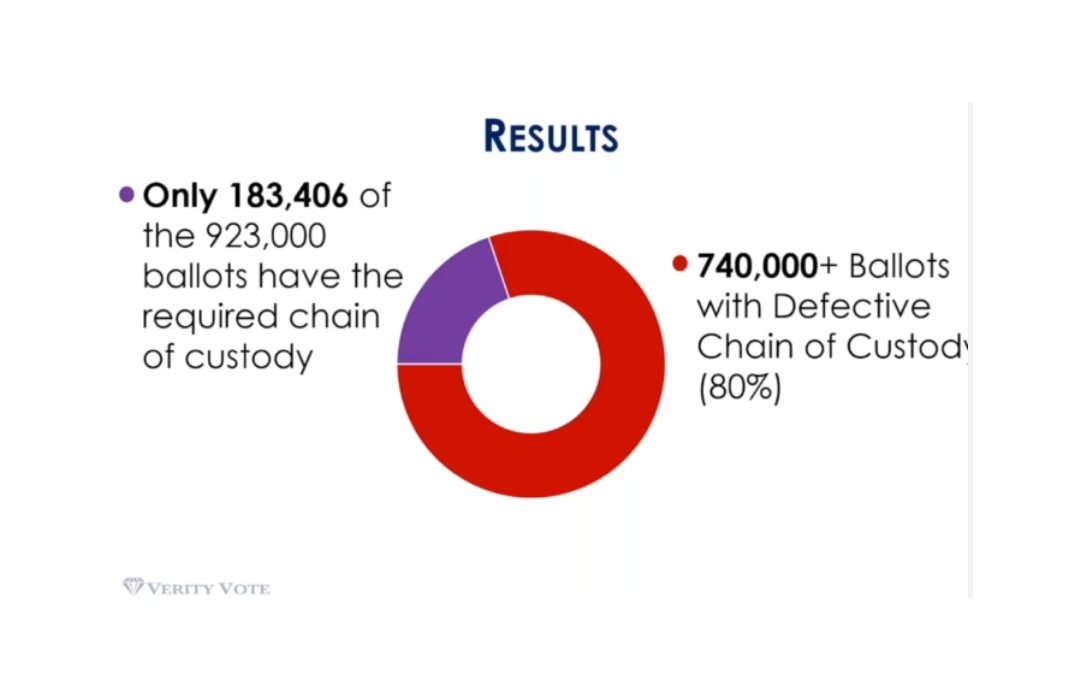 And here, after extensive investigation into Chain of Custody from ballot drop boxes, these are the numbers VerityVote.us exposed, and reported to the Brnovitch Attorney General’s office for investigation. Of course, Brnovitch, in his preliminary report, swapped the numbers, and no one knows if it was deliberate or an accident. No matter which, I’d call it total incompetence, and he doesn’t deserve to be elected to even dog catcher! 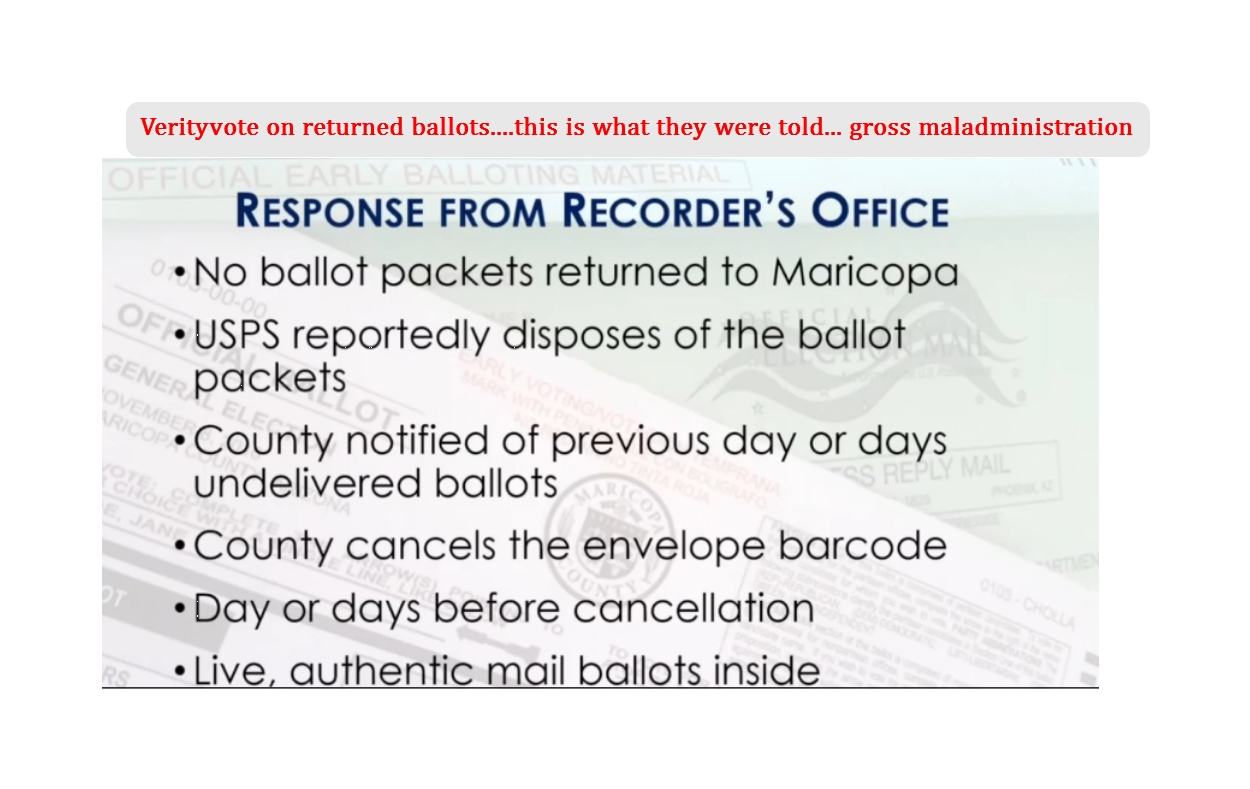 And here we have the only mention of mail in ballot packets returned as not deliverable by any official anywhere. Really. The USPS returned NO ballot packets to the county at MCTEC. They destroyed them?  The county is notified and the county cancels the envelope barcode???  Really?  I could have sworn they were claiming Runbeck kept track of ballots, so which is right???  Why are none of these questions ever answered???