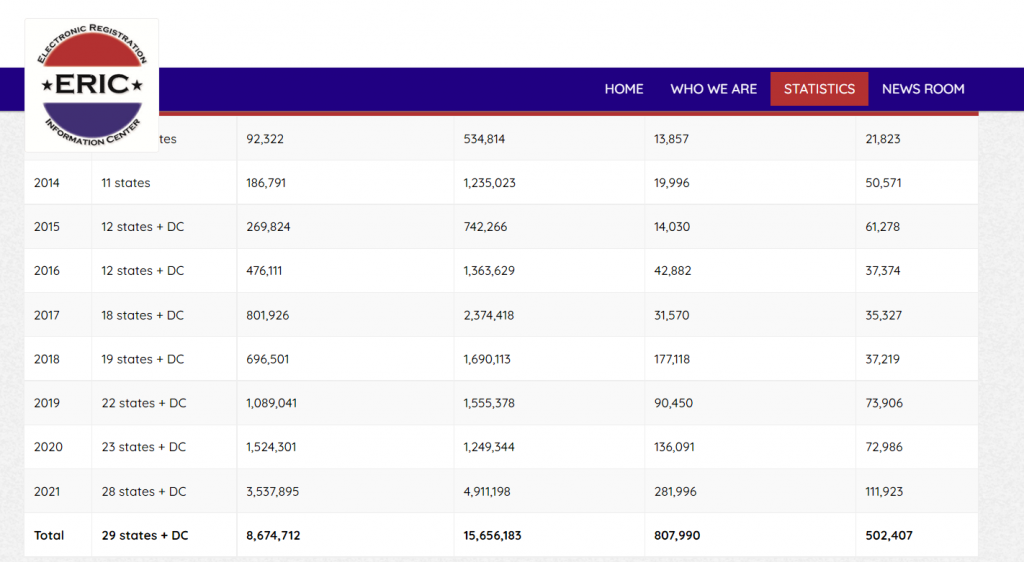 The state taxpayers are paying the cost of the ERIC group preparing these lists of folks who moved, died, or are ineligible to vote, yet many states don’t really use them to clean their voter rolls.  If they did, the voter rolls would be much smaller.  Instead, cheaters use these reports to complete illegal ballots and stuff them in the ballot boxes so they get counted.

In Maricopa County, it has been revealed, many from the voter rolls that were marked inactive were were REACTIVATED, voted, and then were quickly REMOVED from the voter rolls, after the 2020 election.  My, how convenient.  I don’t think this is just “maladministration.”  I think it’s ELECTION FRAUD writ large, done by folks intent on placing in office people who have no intention of working for the people.  And DOWN BALLOT is critical.  Most of those folks on the Maricopa County Board of Supervisors are already republicans.  They worked hard to deceive and hide all the fraud.