The Agreement Karen Fann and her legal representative worked out with Maricopa County Board of Supervisors was a great deal for the County.  Not so much for the people, and the auditors who put in months of work to determine why the election went so far off what was expected in November 2020.  I don’t think it’s a big secret that many, many folks who have followed this #AZAudit throughout these past months feel betrayed by here unilaterally signing onto the agreement.  It lets the county off the hook for the funding the State’s Attorney General was about to cut for their failure to provide subpoenaed data and hardware access as required by law.  It sets up a Special Master, namely Shadegg, former Congressman, who is close with the county BOS members as in charge of revealing the info that was withheld, and disallows any copying of anything. 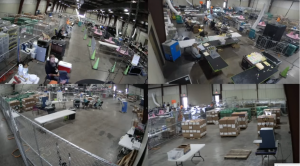 To date, no mention from anyone is forthcoming on when this inspection will take place, who will be there, who gets the information that will be released or what format this information will take.  I’ve asked several folks and no one responds, either because they don’t know, or aren’t allowed to tell.

Of course, it’s also been revealed that Karen Fann’s family business, which she resigned from way back in April, turning it over to someone else, got a nice fat $445,000,000 State contract for road maintenance immediately after signing onto this deplorable agreement, leaving many, many people convinced she was sabotaging the effort secretly from the start, and did it only to profit from her phony act of being concerned for the voters.

I don’t know if that’s valid criticism, but it’s out there, being blasted loudly, and folks no long trust her at all.  She’s also announced she will be retiring from the Senate after her term is up, and I expect she wouldn’t be re-elected anyway.

You can follow Gail Golec over on Rumble for videos of folks who participated in the audit, and what they have to say about it.  I’m expecting more videos sometime this weekend.  She’s a busy, busy gal.