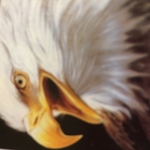 A Telegram chat buddy, Mrs Crystal O, just pulled together a great summary of the mess that was the 2020 election in Maricopa County, AZ and the forensic portion of the audit findings is just stunning.  Attorney General Brnovitch has issued his interim report, and then appeared on Warroom podcast and left most folks cold with his noncommittal attitude.  Laws were broken.  Crimes committed.  And he wants to be Arizona’s senator?  Here’s Crystals summary….

-NO signature mail-ins were counted (Not allowed)

-Confirmed Dead voters voted (in some cases, infants that died 17-20 yrs prior were registered in 2020 and voted)

-People that cannot be found in Any Database voted (illegals/phantoms- Not allowed)
-Largest adjudication rate in history (Federal law says 0.008% allowed error rate in machine), in past we did 1/200 ballots, then 1/100 ballots, which should have made a machine be removed from service, 2020 was up to 1 in 5 ballots were adjudicated in a batch and over 97% of batches had this issue to varying degrees (1/18, 1/7 per batch of usually 200 ballots)

-Voters were activated from inactive status, voted, then REMOVED FROM THE VOTER DATABASE…– why?? they are supposed to keep record of voters who voted… yet, dead people from 20 yrs ago still on rolls?

-Single batch of 200 will have 108 precincts in it – neither in person, mail-in bunches, nor drop box returns will be naturally that many in EVERY SINGLE BATCH (ballots inserted in every batch to get the numbers they wanted – to match what they reported by machine)

-the machines have now been PROVEN to have an algorithm used – tested over 500k times and can be reproduced by any mathematician to the following:
ELECTION was 59.475% for TRUMP!
BIDEN received 41.173%

EXACTLY 38.75% of Biden’s mail in ballots are FAKE
33.85% of Trumps ELECTION DAY BALLOTS are FAKE

In order to balance out the numbers and make it look like a close call there are 34109 fake trump votes on election day, and 372863 fake votes for BIDEN in the mail!!!

THIS DOES NOT INCLUDE:
Counterfeit ballots, dead voters, votes that should not have been disqualified, 14th amendment issues

Nicely done, Crystal…..   Going to tweet this, too!  Wonder what his chances are of being a senator from Arizona?