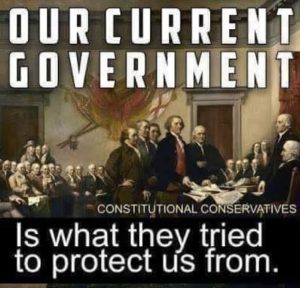 Already, handed to them likely by whistleblowers, the FBI has a ready-made fall guy, their scapegoat, the guy they intend to blame everything on. He’s their excuse for making the decisions they made.  Headlines in many places yesterday and today highlight the news that ASAC Timothy Thibault is the guy.  The one the higher ups will point to as the cause of their disrepute.  There’s no blame on them at all.  It’s all him.

According to Just the News:

Just the News was unable to independently confirm the Times’ report.

Whistleblowers alleged that Thibault concealed the partisan nature of evidence from FBI Director Christopher Wray and Attorney General Merrick Garland to secure their approval to open an investigation into former President Donald Trump in 2020 unrelated to the raid, according to information made public by Sen. Charles Grassley.

Um.  Really.  These higher ups, Merrick Garland and Christopher Wray were unable to discern a partisan nature of the evidence without being specifically told it was partisan???

These guys were taking orders themselves.  One must wonder from where, but it’s clear they will be very happy to have a scapegoat handy.

Thibault should join the whistleblowers, and blow this whole thing wide open as his last honorable act.  Will he?