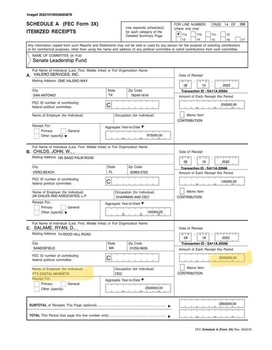 And while former beloved President Trump runs again, the nation is torn and divided as it’s always been before.  Some say “as it’s never been before” but that’s just old fashioned hogwash.  So is the notion we are only democrats and republicans.  The bulk of the populace isn’t either, and isn’t active in politics at all.  They work, serve their local neighborhoods and communities, care for their homes and children, and mind their own business, paying bills, mowing the lawn, choosing between food or entertainment, working, working, working.  If they express a political thought, it’s usually shot down by others, or discouraged.  They may choose to vote for either democrats or republicans, but not because they feel strongly about either.

President Trump was beloved because instead of either, he worked to Make America Great Again.  And both activist political parties sneer at the effort, and the ideal.  Indeed, there are not really two parties at all.  It’s a Uniparty, intent on maintaining the seats of power, and growing the obnoxious bureaucracy that lords it over us all more and more, using that bureaucracy to demand more money from us working stiffs to support their fanciful affairs, and indiscretions.

After the FTX scandal, and discovery of the money that went to Ukraine from us taxpayers came back here and directly into the pockets of those same corrupt politicians it seems clear both sides of the Uniparty were involved.  FTX money went to McConnell as well as so-called democrats, and he artfully withheld it from at least two republican senate candidates I can recall, Masters in Arizona, and Oz in Pennsylvania.

Oh, they like to claim a former beloved president was the problem, but, hey, facts say otherwise.  We are so blind.