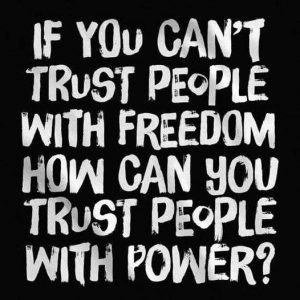 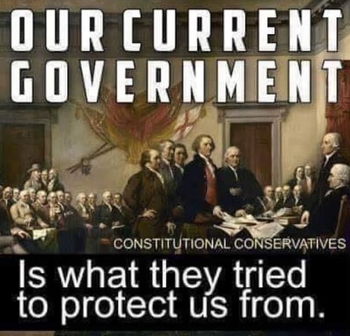 Hard to say this, but I’ve gotten to the point I have very low opinion of politicians these days.  Having followed and watched patriots fighting for our rights, for truth, for justice, and having watched them spend enormous amounts of money, to the point of ruin, and time to bring truth and facts to light for folks to understand what is going on with elections in this country, I cannot feel otherwise.

Politicians called for the Maricopa County Audit, yet they’ve done a very real job of ruining the very folks they’ve chosen to do the job.  And yes, it is the Arizona Senate doing that.  You cannot convince me that someone else is withholding information from them, when they have plenary power over the election and all the materials as well.  It’s the politicians avoiding the forensic details because they don’t want to have to do their job, and do something to stop further erosion of our rights.

Doug Logan, just one instance where taking on the job to audit the election resulted in his total financial ruin.  His company is now defunct.  He’s indebted to the courts millions for refusing to turn over personal communications.  The liberal media and a DC NGO called American Oversight sued for all his records.  Not for the records of the county officials who deleted files, claim there are no routers now, after the audit is over, and not for the records of the Secretary of State or the County Recorder that might have something of value to reveal.  Oh no.  They wanted to obstruct and stop audits.

And Jovan Hutton Pulitzer has spent a fortune on the data analysis for the forensic report of that same audit, while the very Senate that put the job out there is avoiding even looking at the reporting, or the data visualizations that reveal the felonies that were committed against the people of Arizona.  And he doesn’t even live there, isn’t running for office, and charges nothing for the data visualizations he’s released to the public.  The server for all that data alone is a huge expense, and the cost of sharing the information with the Attorney General’s office, and anyone interested is huge.

Mike Lindell went to enormous expense to put on his symposium as well, and think of all that Tina Peters has been through over her finding that Dominion wiped out files on the machines to hide missteps.

Sidney Powell, also, being sued by Dominion, and states punishing her for bring lawsuits to bring the evidence and facts to courts.  Patrick Byrne has been through the ringer as well, and General Flynn.

Anyone who has made an effort to expose the stolen election evidence has been and is being financially destroyed!  I’d say there’s evil afoot.

2000Mules.com is releasing their film this week.  Make sure you see with your own eyes just how many people were paid to subvert our election.